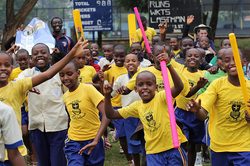 About Cricket Without Boundaries

Cricket Without Boundaries (CWB) is a UK cricket development and AIDS awareness charity. It is run almost entirely by the dedication and enthusiasm of its volunteers. Since its formation in 2005 CWB has become one of the world's leading Cricket Development and AIDS awareness charities. It is dedicated to helping, educating and developing local communities around the world through the spread and growth of cricket. 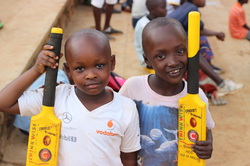 Why are CWB in Rwanda?

Rwanda on the whole is developing well, with a strong government led by the hugely popular Paul Kagame, so why should CWB be helping out? The country is still relatively poor, with a GDP per capita of $1,284 (UK has $35,000) and perhaps more pertinently has 170,000 people living with HIV with 22,000 of these being children under 14 and 130,000 orphans due to AIDS . Although the prevalence level of 2.4% is relatively low (Botswana is 24.8% for example) this is due to the lack of testing in the country and in reality the rate is likely to be a lot higher. There is a huge amount CWB can do to lower this level and raise awareness amongst young and old, whilst having a lot of fun playing the game we love! 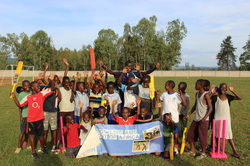 What CWB are doing in Rwanda


To discover what CWB have been up to, please follow the below link or click on the picture.